The Jane Coffin Childs Fund thanks Dr. Losick and Dr. De Camilli for their contributions.

HHMI Investigator Richard Losick has served on the Board of Scientific Advisors since 2008. The Maria Moors Cabot Professor of Biology at Harvard University has dedicated his career to studying development in spore-forming bacteria. The focus of his research is Bacillus subtilis, a harmless relative of the anthrax bacterium that creates spores under specific circumstances by dividing into two cells of differing sizes. Despite possessing identical DNA, only one of the two cells becomes a spore, fostered by the other.  Losick has elucidated many aspects of this process since joining the Harvard faculty in 1968. He discovered transcription factor-based gene regulation in bacteria, described crisscross regulation between the mother cell and prespore, observed the movement of proteins during sporulation, and found that wild spore formation occurs in localized regions within complex communities of cells.

Losick’s contributions and accomplishments extend well beyond his research.  His commitment to teaching was recognized when he was named a Harvard College Professor in 2000.  Two years later, he was awarded a one million dollar HHMI Professor grant for undergraduate education in the life sciences.  With the funds, Losick created a program, now known as Increasing Diversity and Education Access to Sciences (IDEAS), that places economically-disadvantaged Harvard students in campus labs, promotes active participation in meaningful research and provides funding to relieve students of financial pressures. Recently, he transformed IDEAS into a national program by adapting it to other institutions and building a network of alumni and faculty mentors at other campuses. 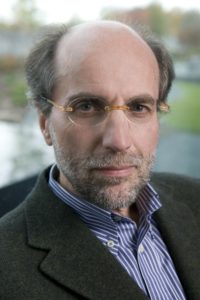 When Pietro De Camilli was an aspiring scientist in the late 1960s in Milan, Italy, PhD programs didn’t exist. Instead, he studied medicine and became interested in vesicle movement, secretion, and intracellular membrane dynamics. He later came to the U.S. for a postdoctoral fellowship at Yale, where he discovered that the nerve cell protein synapsin was a major component on the surface of synaptic vesicles.

Over the next 30 years, De Camilli studied the secretion and endocytosis of synaptic vesicles, and made major contributions to the field when he characterized key molecules involved in the processes and showed how the processes are regulated.

Today, De Camilli still focuses on mechanisms in membrane traffic, with emphasis on the membrane traffic reactions underlying the development and function of neuronal synapses.

”We are particularly interested in mechanisms through which metabolic changes of membrane lipids impact membrane dynamics and, vice versa, in how membrane interactions affect their lipid composition. Disruptions of these mechanisms are responsible for many human diseases, including neurodegenerative disease,” he says. “Looking forward,” he adds, “We are very excited about a new methodology that we are spearheading in our lab for the acute manipulation of phospholipid metabolism using beams of light.”

Former JCC Fellow Jeremy Baskin, now a current professor at Cornell University, was a postdoc in De Camilli’s lab. ”Jeremy joined my group with the goal of complementing his training in chemistry from his undergraduate and graduate studies at MIT and Berkeley, with a complementary training in cell biology,” he says. ”He has been very successful in bridging the two fields with his project on signaling by phosphoinositides, a class of membrane phospholipids.”

De Camilli joined the BSA in 2013. He is also the Founding Director of the Yale Program in Cellular Neuroscience, Neurodegeneration, and Repair. His honors and awards include membership in the National Academy of Sciences and the Institute of Medicine.