Archive for the ‘Fellow Focus’ Category

Dr. Prerna Malaney has the perfect name for an expert RNA biologist – although Prerna actually means inspiration in Sanskrit. Prerna traces her inspiration to be a scientist back to her father who always encouraged […] 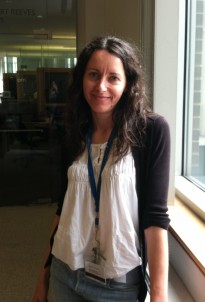 As an embryo develops, cells differentiate into specialized body cells that compose different tissues. But not all cells can differentiate. If they all did, the organism would face a problem: no stem cells would be […]

Fear in the Balance: A delicate balance between two types of neurons controls fear, according to recent work by JCC fellow Prabhat Kunwar.

A pounding heartbeat, quick breathing, sweaty palmswe all know these common responses to fearful situations. The signal that initiates fear in our bodies begins in a structure of the brain known as the amygdala. But […]

Malignant melanoma cells depend on the amino acid leucine, according to recent research by JCC fellow Roberto Zoncu published in the May 2011 issue of Cancer Cell. Zoncu and his coauthors found that melanoma cells […]

Embryonic stem cells have the potential to become just about any cell in an organismor, under the right conditions, a whole organism in and of itself. But what about cells that have already differentiated? Some […]