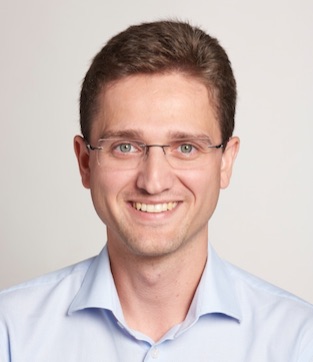 A protein found in human umbilical cord blood improves learning and memory in older mice, according to research published in Nature. Joseph Castellano, former JCC Fellow, is lead author of the study.

Remembering the location of a parked car, or yesterday’s dinner, requires the work of a brain region known as the hippocampus. Over a lifetime, this structure shrinks and connections between nerve cells deteriorate. The electrophysiological activity between neurons becomes impaired, and the plasticity of those connections decreases. Learning and memory tend to decline, and the risk of Alzheimer’s disease increases with age.

Previous studies demonstrated that blood plasma transferred from young mice to older mice could improve learning and memory in the recipients. Castellano, and his postdoctoral advisor at Stanford University, Tony Wyss-Coray, aimed to discover what proteins within the plasma were responsible for those improvements. Additionally, they hypothesized that umbilical cord plasma would contain a reservoir of the proteins that promote plasticity.

The researchers compared human blood plasma from umbilical cords, young adults, and elderly adults, and found that the quantities of several proteins changed with age. to investigate further, they chose a genetic line of mice capable of tolerating human plasma injections and showed that their memory and learning declined with age, as expected. During experiments, when older mice received umbilical cord plasma, their hippocampal function improved.

But what caused the improvement?

“The most daunting aspect of the study was attempting to reduce the complexity of the plasma proteome to identify putative proteins regulating neural plasticity,” says Castellano. “Early on, we had many ideas, some of which failed or proved to be too cumbersome, but we ultimately settled on a straightforward approach that relied on examining overlap of age-related change in human and mouse plasma proteins as a method for filtering.”

A laboratory experiment showed that one protein, known as TIMP2, enhanced nerve cell activity greatly. When older mice received injections of TIMP2, their learning and memory performance improved. In contrast, mice that received plasma with TIMP2 removed did not show an improvement.

“TIMP2’s effects in the brain have been studied a little, but not much and not in aging,” says Castellano. “In our study, it mimicked the memory and learning effects we were getting with cord plasma. And it appeared to do that by improving hippocampal function.”

The result is promising for drug development and Alkahest, a company co-founded by Wyss-Coray, is pursuing the possibility. “I’m not involved in the work being performed by Alkahest, a plasma-focused company,” Castellano explains. “That said, the team at Alkahest is a highly motivated and talented group working to translate some of what we did while making its own discoveries along the way. This is a hugely rewarding and exciting outcome from my work – it’s rare that what we do in an academic lab setting can so quickly be tested and have real-world translational potential. Alkahest is also involved in a plasma-based Alzheimer’s trial for safety, which could inform the timeline for translating these ideas to therapies.”

Now, Castellano is an Assistant Professor of Neuroscience at the Icahn School of Medicine at Mt. Sinai. “I’m very excited to scratch below the surface of how TIMP2 and related blood-borne proteins might be acting on the brain – both in aging and in the setting of neurological disease. We have some interesting ideas we’d like to try out along these lines, and delving into mechanism will be an important first step of this approach that my lab will take,” he says. “What drew me to neuroscience was the boldness of its questions –  the notion that we can tease apart interactions on a molecular scale to understand something so abstract as memory is appealing. I feel that understanding how these basic processes fail can create deep insights into understanding the fundamentals of complex cognitive behaviors.”