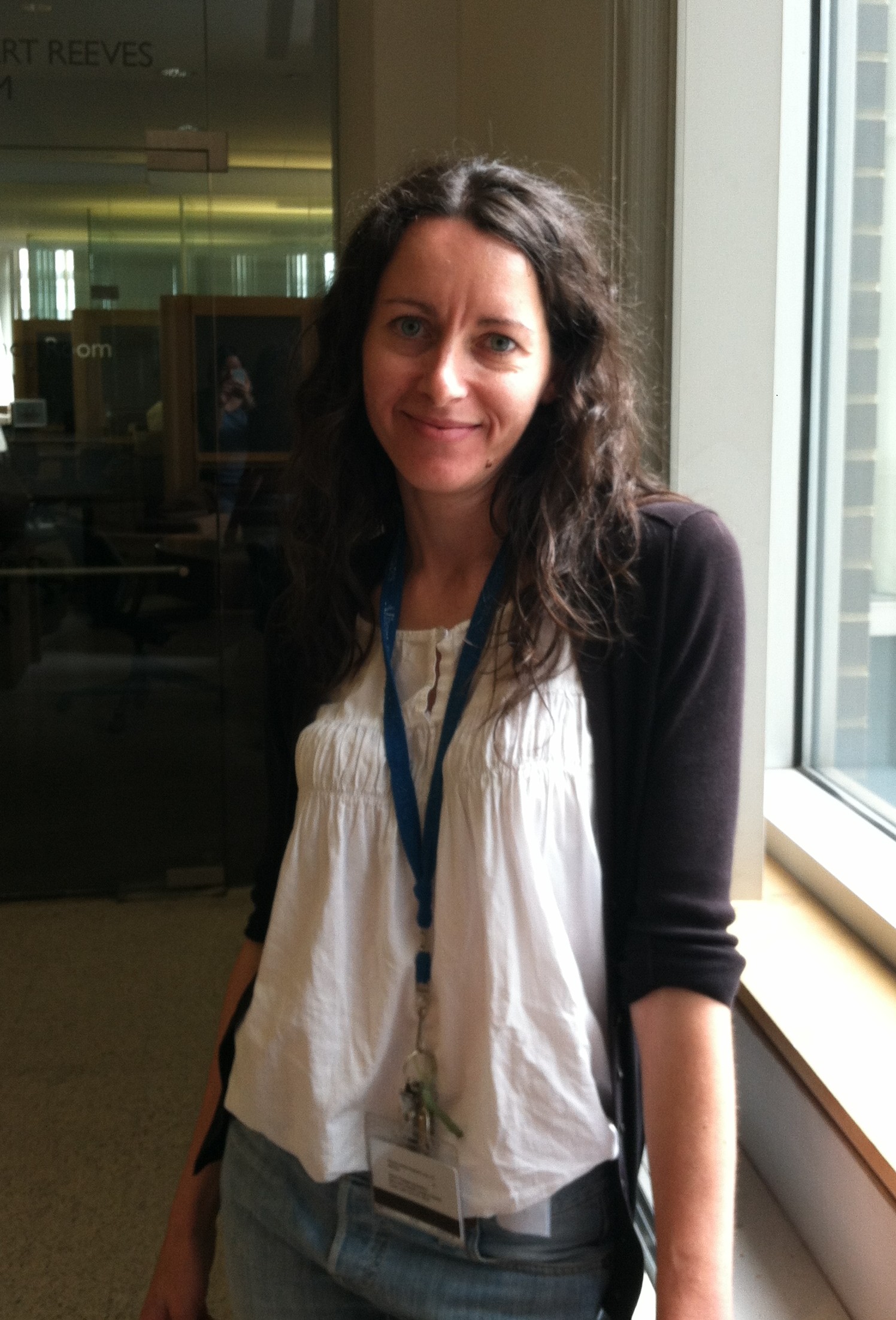 As an embryo develops, cells differentiate into specialized body cells that compose different tissues. But not all cells can differentiate. If they all did, the organism would face a problem: no stem cells would be available to form sperm and eggs for the next generation. Instead, organisms have a system to set aside germs cells during embryogenesis. Exactly how this happens –how germ cells are sequestered, moved to the gonad, and protected throughout the organism’s life– is an area of intense research.

In research recently published in Nature Communications, JCC Fellow Tatjana Trcek uncovered one aspect involved in this process. Her work focused on germ granules, ribonucleoprotein particles found in all germ cells that contain an outsize amount of mRNA. Trcek hypothesized that the mRNA might be organized spatially, and, if that was the case, its position could have functional implications for the protection of the germ line.

To visualize the germ granules, Trcek first had to develop methods to image single mRNAs localized to germ granules at the posterior pole of the Drosophila embryo. “These granules are only up to 500 nanometers big, with mRNA clusters occupying a fraction of the volume,” says Trcek, who recently completed her JCC Fellowship at NYU with HHMI Investigator Dr. Ruth Lehman. “We developed a super-resolution imaging approach by combining single-molecule fluorescent in situ hybridization (smFISH) with structural illumination microscopy (SIM), which resolved individual mRNA clusters within germ granules. Using spot-detection algorithms and by spatially correlating the fluorescence intensity of overlapping mRNAs and granule proteins we were able to determine exactly where in germ granules individual mRNA clusters reside.”

This organization is maintained during all the other changes during embryogenesis, even as mRNAs are produced and degraded within the granule, and its possible that mRNA could play a regulatory role within germ granules.

Trcek began studying mRNA as a graduate student in Dr. Robert H. Singer‘s lab, specifically spatial and temporal regulation of mRNA decay in single cells. “I got to know the RNA community, I loved the work I was doing and, moving onto my post-doc, I wanted to stay in the RNA field,” she says. “Drosophila germline is a perfect model system to study how post-transcriptional regulation affects cell growth and differentiation since the critical steps in germ cell formation rely entirely on post-transcriptional regulation, beginning with mRNA localization.”

As a postdoctoral fellow, Trcek felt that she was perfectly suited to Dr. Lehman’s laboratory, where she continues to “combine the power of single-molecule imaging with fly genetics to understand how post-transcriptional regulation, such as mRNA localization, shape the germline.”

Looking ahead, Trcek says, “We don’t know how mRNA clusters form, what their biological significance is and whether they are a hallmark of germ granules in other organisms. We have preliminary data indicating that homotypic clustering is the mechanism of mRNA localization to the germ granules rather than its consequence. That is, germ granule proteins serve only to initially seed the mRNA into the granule while subsequent mRNA enrichment is mediated through the mRNA itself. This is a very exciting finding and suggests a completely new, mRNA-driven mechanism of RNA localization that can be employed by a variety of cell types and organisms.”