The JCC Board of Scientific Advisors is pleased to welcome two new members this year. Duojia Pan, HHMI Investigator and professor of physiology at the University of Texas Southwestern Medical Center, and William Bement, professor of molecular and cell Biology at the University of Wisconsin-Madison, join the current BSA. Eric Olson, professor of molecular biology at UT Southwestern Medical Center, completes his BSA term this year. 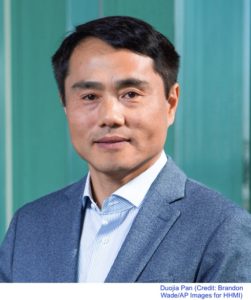 Duojia Pan received a JCC fellowship during his postdoctoral training (1993-1996). “As a budding scientist, I especially enjoyed the top-notch science talks and the wonderful interactions among the JCC fellows, the BSA members and the guest speakers at the annual retreats,” he says. “It was an invaluable experience in my early career. While much has changed in the biomedical research ecosystem since the early 1990s, I remain a strong believer of basic, curiosity-driven research conducted at the highest standards of scientific rigor. I look forward to giving back to the JCC community by sharing my scientific expertise and cheering for the next generation of JCC fellows.”

Pan’s laboratory uses Drosophila and mice as genetic models to investigate size-control mechanisms in normal development and their implications in human diseases including cancer. Over the past 15 years, his team has discovered and characterized the Hippo signaling pathway as a fundamental mechanism that regulates tissue growth in development, tumorigenesis and regeneration. In 2013, Pan was honored with the Paul Marks Prize for Cancer Research. 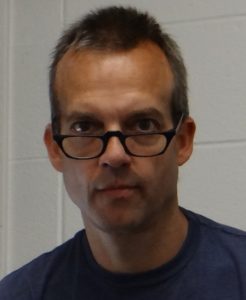 William Bement’s lab studies how the cytoskeleton controls cell division, wound healing, and endocytosis. They have developed several model systems that help simplify analysis of complex, cytoskeleton-dependent processes. In one recent study, Bement and his colleagues developed new fluorescent probes to track two signaling proteins that are recruited to wounds and can promote repair. The findings help explain how these proteins are regulated and provide new tools for future studies. In a different study of oocytes and embryonic cells of frogs and echinoderms, Bement and his colleagues described how specific signaling proteins and the polymerization of actin are modulated along the edges of the cell at the end of cell division.

Bement says that he supports the fact that JCC seeks to support postdoctoral research that is off the beaten track. 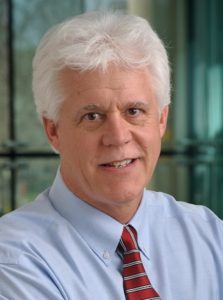 Eric Olson, professor and chair of Molecular Biology at UT Southwestern Medical Center, joined the BSA in 2016 and completes his term this year. When starting his research in the 1980s, Olson noticed that many major diseases involved muscle and decided to uncover the gene pathways involved in muscle development and regeneration step-by-step. Since then, he has built on that knowledge and applied it to human disease, including Duchenne muscular dystrophy, which affects about 1 in 36,000 US-born boys and leads to progressive muscle weakness and early death. Specifically, his lab studies muscle cells as a model for understanding how stem cells adopt specific fates and how programs of cell differentiation and morphogenesis are controlled during development. His long-term goals are to delineate the complete genetic pathways for the formation and function of each type of muscle cell, and to use this information to devise pharmacologic and genetic therapies for inherited and acquired muscle diseases in humans.