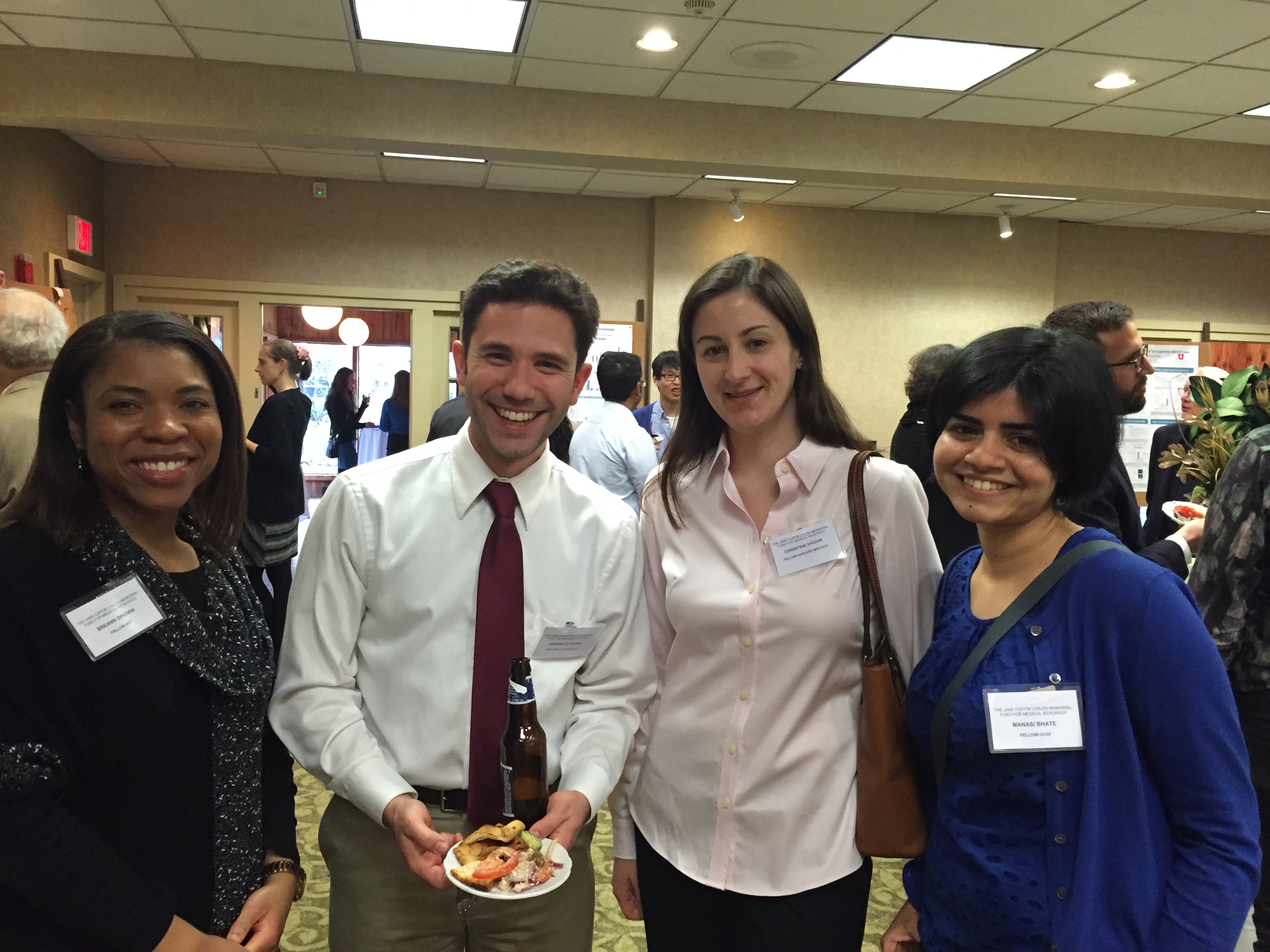 In early April, the JCC community gathered on the picturesque grounds of The Interlaken Inn at Lakeville, Connecticut to present research-in-progress and exchange ideas during The 39th Fellows Symposia.

“The most valuable aspect of the Symposium was the ability to communicate my research to a diverse audience representing many different areas of expertise,” said Breann Brown, JCC Fellow with Tania Baker, HHMI Investigator at MIT. “This is a skill that can be difficult to master, and the Symposium afforded me the opportunity to do so in a relaxed and cordial setting where ideas are easily exchanged.”

To help prepare their talks, each third year fellow was assigned a mentor from the Board of Scientific Advisors. “I had the pleasure of working with Angelika Amon, who was instrumental in formatting my presentation so that it would appeal to a broader audience,” said Brown, who studies substrate interactions mediated by the E. coli Lon protease to understand how this critical regulator degrades certain proteins during cellular stress. “Rarely do I have an opportunity to get feedback from a well-established investigator whose expertise is in a completely different field of research. I was able to meet with her multiple times to hone my presentation and I am certain this feedback was worthwhile.”

Elenoe “Crew” Smith, JCC Fellow with Stuart Orkin, HHMI Investigator at Boston Children’s Hospital, agreed that both the opportunity to present her research and discuss career planning were valuable. Her project aims to identify cellular mechanisms contributing to elevation of fetal hemoglobin levels, the most promising therapy for patients with sickle cell disease, and she most recently published her results in Nature.

“As a graduate student I was used to presenting at least eight times a year, but as a postdoc I give one talk a year,” Smith said, adding that she plans to publish her new results within the next year. “The talk gave me the opportunity to make a presentation for a more general scientific audience.”

Brown adds, “The smaller size of the JCC Symposium is great for communicating ideas, making connections, and garnering feedback about everything from research ideas to career advice. I particularly enjoyed discussing current career progress with the other 3rd year fellows, many of whom are currently interviewing for academic positions or soon will be. Due to the uncertainty and difficulties of the current academic job market, hearing about their experiences will be useful when I begin the process in the future.”