The results were published in Nature Medicine. 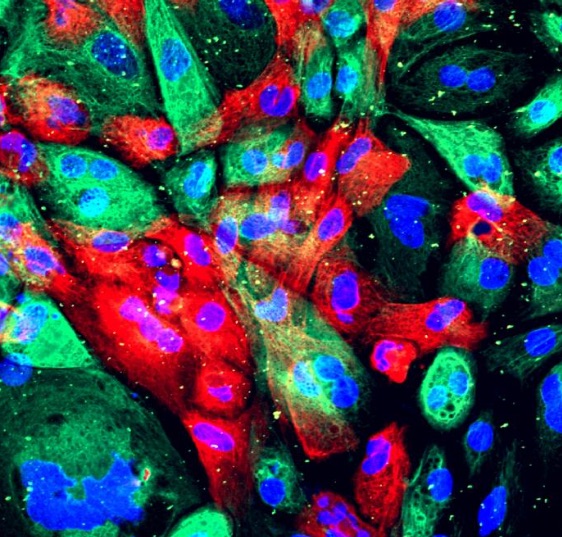 Genetic differences in prostate cancer tumors drive the composition of immune cells in and near the tumor and determine disease progression, according to research by JCC Fellow Marco Bezzi (2015-2018). The results were published in Nature Medicine.

Prostate cancer is often characterized by the loss of a gene that suppresses tumors, and other mutations. Additional factors matter too, such as the presence or absence of blood vessels, immune cells, signaling molecules.

Bezzi and his colleagues developed four mouse models to represent different prostate cancer genetic variations and found that the type and quantity of immune cells present in each of the models were distinct. They call this the tumor’s “immune landscape.”

“By looking at the data in human patients, we did expect that mouse models with different genetics would show different immune profiles,” says Bezzi, who is a postdoctoral fellow with Pier Paolo Pandolfi at Beth Israel Deaconess Medical Center, Harvard Medical School. “We were surprised by how strikingly different they were.”

In one type of tumor, researchers found a significant infiltration of myeloid cells, which are special immune cells that suppress the immune response, effectively protecting the tumor. In another type, no immune cells were present. The genetic make-up of the tumor determined the immune landscape because each of the four tumor types secreted different chemicals that either recruited immune cells or didn’t.

These differences help explain why some tumors are more aggressive than others, and why only some cancers respond to immunotherapy treatments.

“We observed that, when present, these infiltrating immune cells were required for the tumor to thrive and found therapies to block their recruitment to be effective,” Bezzi says. “On the other hand, the cancer genotype characterized by the so-called ‘immune desert’ phenotype, did not respond to such therapies. On this basis, we can predict the tumor response to immunotherapies and tailor treatment modalities to effectively impact tumors that are otherwise extremely aggressive.”

Bezzi began his training as an undergraduate at University of Bologna and went on to earn his PhD at the National University of Singapore. He plans to continue this line of work.

“This research highlights the need to thoroughly investigate and integrate cancer genotypes and immune-phenotypes,” he says. “This could lead to more successful clinical trials and tailored therapies. My plan is to extend this study to models that could better mimic the genetic of advanced human cancer. Current genetically engineered mouse models may not be complex enough. Therefore, I am working on new ways to generate cancer mouse models.”