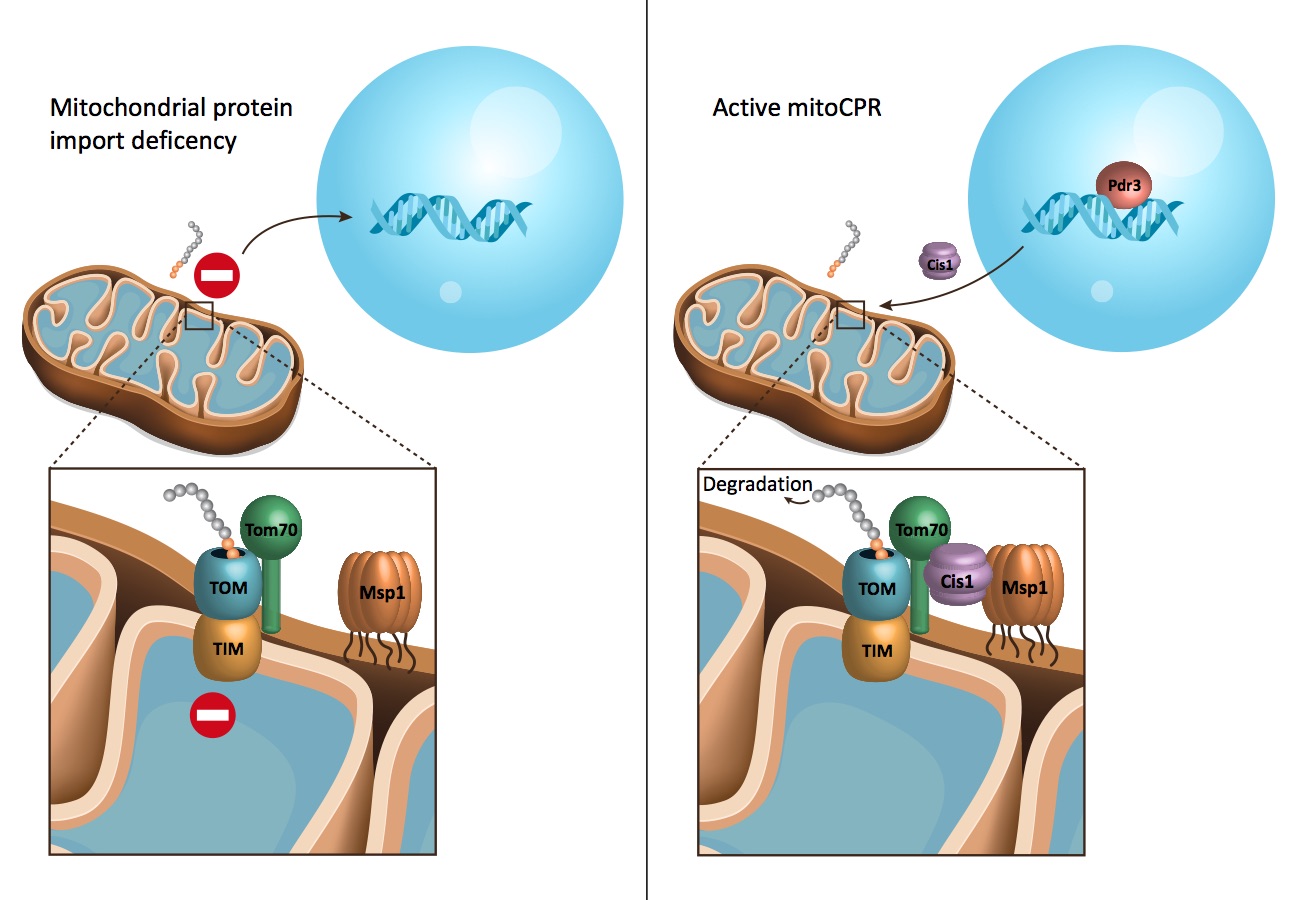 Mitochondria — the powerhouses of cells — import molecules to generate energy and many necessary molecules for the cell. But what happens when something goes wrong? This was the big picture question that JCC Fellow Hilla Weidberg pursued during her postdoc in Angelika Amon’s lab at MIT and formed the basis of her recent Science paper, “MitoCPR—A surveillance pathway that protects mitochondria in response to protein import stress.”

Although  mitochondria have their own small genome, explains Weidberg, most of their resident proteins are produced outside the organelle. And importing crucial proteins is a tricky prospect: molecules must remain unfolded in order to squeeze through the mitochondrial membrane, for example. When something goes awry with this process, an individual cell could malfunction and perish. This type of problem sometimes occurs in people as they age, and it characterizes diseases like deafness dystonia and Huntington’s.

Other scientists have investigated mitochondrial import dysfunction in terms of problems caused by materials missing from within the mitochondria, or material build-up outside of it. Weidberg took a different approach. She wanted to know what was happening right at the site of import, at the membrane surface.

To investigate, Weidberg disrupted the system in yeast by over-expressing proteins headed to the mitochondria, effectively overwhelming the import machinery. Then, she used biochemical methods to determine where those proteins ended up: inside or outside the mitochondria?

“The results suggested that they were stuck in the membrane,” Weidberg explains. “Then we asked the real question: how do cells react?”

With more experiments, Weidberg found that cells induceda surveillance pathway to help recover mitochondrial functions. One of the genes controlled by this pathway was Cis1, which recruited the ATPase Msp1 to remove the clogged proteins and send them to the proteasome for recycling. Weidberg named the pathway mitoCPR.

Weidberg began her career in science as the Weizmann Institute of Science in Israel, working on autophagy. For her postdoc, she decided to try something new. Amon’s lab was an ideal place to move from experiments based on tissue cultures, to studying yeast, an ideal model organism for answering basic science questions. Despite Amon’s focus on the cell cycle and how aneuploidy affect cell physiology, Weidberg felt that the lab was a great place to develop a new niche investigating how mitochondria communicate with the rest of the cell.

“Moving the US was an important step in my scientific career,” she says, undeterred by the culture shock — and the cold weather.

Following the discovery of mitoCPR, Wediberg plans to study how exactly mitochondria signal an import problem to the nucleus in order to initiate mitoCPR and find out whether mammals have the same mitoCPR pathway. She is also pursuing a tenure track academic position.

“Cells have a clever way to fight mitochondrial clogging,” Weidberg says, and now there are many additional questions to study. “It’s beautiful to look at a problem in a single organism and be able to reveal what is going on both at the physiological and molecular level. Scientists like Angelika keep up interest in basic science and this is important. We still have so much to find out about how cells work.”