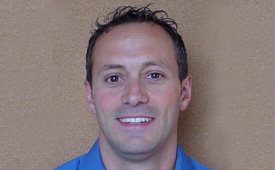 Some neurodegenerative diseases appear only as we age, even if the associated mutations are present and expressed throughout life.  Former JCCF Fellow Michael Palladino started examining how such diseases change with time as a post-doc in Barry Ganetzky’s lab at the University of Wisconsin in 2000-2002. Since 2003, he’s been modeling diseases using Drosophila in his own lab at the University of Pittsburgh.  “We continue to be amazed by the dynamic changes we see in numerous physiologic processes with age in both normal and diseased animals.

One mutation Palladino intensively studies occurs in ATP6, an endogenous mitochondrial gene.  In Drosophila, this mutation causes reduced longevity, altered locomoter function, and myodegeneration.  “In humans, Palladino says, its very directly analogous. There are several missense mutations in the ATP6 gene that cause mydochondrial encephalomyopathies with basically the same symptoms in humans as we see phenotypes in the fly.”

But no one yet has an answer to Palladinos question about treating these mitochondrial mutations with gene therapy:  “If we’re going to put back a wild-type copy of this ATP6 gene, and we have to put it into the [cells] nucleus, how are we going to get functional proteins in the mitochondria [which has its own genome]?”  Palladino hopes to publish his team’s answer in the next year or two:  “What I can tell you is that it is working and we’re able to improve the phenotypes of these animals.”

Palladino also is continuing research he started as a JCCF Fellow, focusing on another mutation in Drosophila that models Triose Phosphate Isomerase deficiency, a disease that affects how people metabolyze sugars and in most cases leads to death by age 5.  Were really starting to understand how these mutations destabilize the protein, alter its turnover and how this leads to pathogenesis, Palladino says, which will inform future therapeutic strategies.