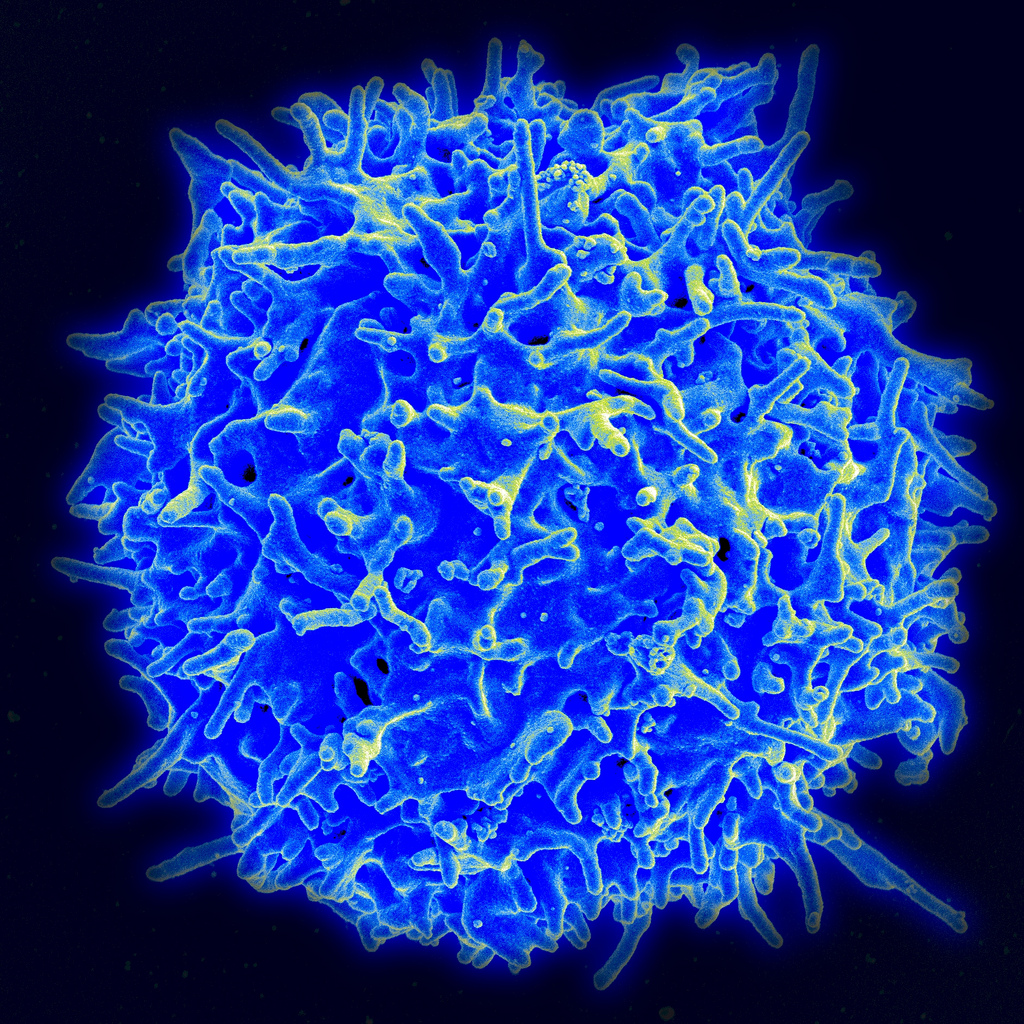 Image credit: Scanning electron micrograph of a human T Cell from the immune system of a healthy donor. Credit: NIAID.

Assistant professor at the University of Massachusetts Medical School and former JCC Fellow Jun Huh was recently named a Pew Scholar in the Biomedical Sciences. The award is given to young scientists with exceptional potential to advance human health.

Huh studies how maternal inflammation can contribute to autism-like symptoms in offspring. In the mouse model, pregnant females infected with viruses can birth anxious, socially-avoidant pups with repetitive behaviors, he explains. Earlier this year in Science, he and his coauthors demonstrated that an immune cell produced by the mother, known as Th17, is implicated in this phenomenon. Experimentally removing the mother’s Th17 cells, or blocking the activity of an inflammatory chemical they produce, prevents offspring from developing such autism-like behaviors.

Huh completed the work during his postdoc with Daniel Littman, HHMI Investigator at NYU and JCC BSA member. “With these study results, Th17 cells, as well as specific proteins they produce, become candidate therapeutic targets as part of future efforts to prevent autism,” says Littman.

With the Pew award, Huh plans to show how the inflammatory chemical produced by the mother can cross the placenta and alter the fetal brain. “The Pew award will give me an opportunity to test one or two exciting hypotheses that would not have been funded through conventional grant mechanisms,” said Huh.