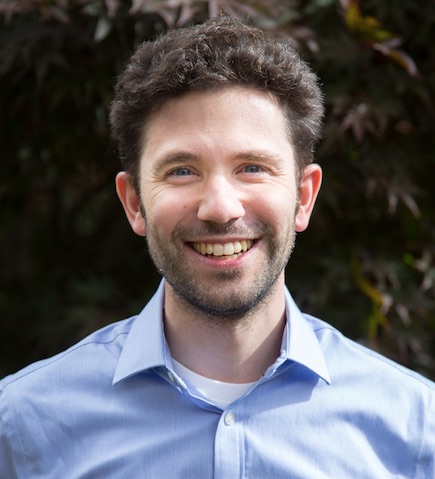 “Going about their lives, bacteria encounter many metals – some of them essential, some of them toxic – and it is critical that they are able to recognize one from another,” Cotruvo says. His work focuses on the lanthanides, a group of 15 very similar-looking metals, and investigates how living things can identify the few that are biologically-useful.

“In the process of trying to understand the basis for this discrimination, we discovered a protein present in some of these bacteria that we called ‘lanmodulin,’” he says.

At the time of the discovery, only a few lanthanide-binding proteins were known, and they were all very similar to each other. 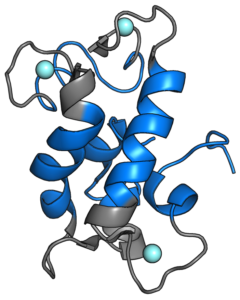 “When we found lanmodulin, we knew it would be a really interesting protein to study. But I could not have anticipated just how remarkable its properties are – both from a very fundamental, biochemical perspective, and from an applied, technological one,” he says.

“But,” Cotruvo says, “instead of binding calcium tightly, like calmodulin, it actually strongly disfavors calcium and other metals and instead binds lanthanides almost a billion times tighter!”

Cotruvo and his team found that genes near the gene encoding lanmodulin suggested how bacteria take up lanthanides. They also engineered lanmodulin into a fluorescent sensor to monitor lanthanide uptake into the bacteria. And they discovered that these bacteria secrete a small molecule that selectively binds certain lanthanides. Much of this work was recently published in the Journal of the American Chemical Society.

“In fact, this strategy is analogous to how bacteria take up iron, which is even more insoluble and therefore harder to acquire than lanthanides are. Although we’ve learned a lot in the last 3 years, much remains to be unraveled,” he says.

Many modern technologies require rare earth elements, such as lanthanides. But they are challenging to mine and separate from surrounding materials, and current methods are often inefficient and environmentally harmful.

“Although I figured that we might learn some useful things for the rare earth industry by studying biology, I never imagined that I would be filing patent applications and working towards potentially commercializing technologies based on my group’s research,” Cotruvo says. “Some of these applications of lanmodulin include ‘green’ methods to extract rare earths, bioremediation of radioactive waste, and medical imaging. Stay tuned for more exciting results! While it is too early to say whether these will become commercial technologies one day, I think that the path that this project has taken speaks to the tremendous value of basic scientific research to society.”

Cotruvo was awarded a JCC Fellowship in 2013. “This fellowship encourages scientists to study important biological questions to one day apply this knowledge for the benefit of society. My postdoc advisor, Chris Chang, at UC Berkeley, runs a fundamentally interdisciplinary lab, and my experience there showed me how bringing a fresh perspective gained from training in one field to address an important question in a traditionally different field can be a game-changer,” Cotruvo says.

“Before I started my lab, I knew almost nothing about the bacteria that use lanthanides, and certainly nothing about metallurgy, but I did know a thing or two about how biology handles metals. I am, and probably will always be, a biochemist at heart, but my postdoctoral training and the Jane Coffin Childs fellowship provided me with a model for how to use that basis to make an impact in more diverse scientific areas in my independent career.”