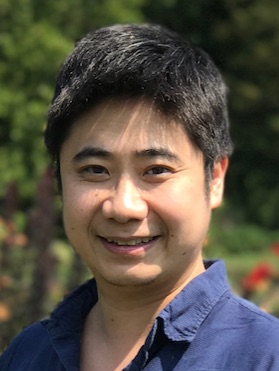 Hao Wu, assistant professor of Genetics at the University of Pennsylvania and former JCC Fellow (2011 -2014), recently won an NIH New Innovator Award. The award grants $1.5 million over five years to pursue to “highly creative and exceptional scientists with bold approaches to major challenges in biomedical research,” according to the NIH announcement.

Hao Wu studies the regulation of epigenome, a battery of chemical marks on DNA and histones that control gene expression, during organ development and in response to different environmental cues. For example, cardiac muscle cells can proliferate and therefore possess regenerative potential in a developing embryo with limited oxygen but rapidly lose such potential in the oxygen-rich environment of newborn animals. With the award, Wu aims to develop tools to study how heart muscle cells respond to changing oxygen levels, which could help increase our understanding of heart development and regeneration.

To study gene expression in cells from a complex tissue such as brain or heart, cells must be isolated and analyzed. But separating cells of complex morphology, and with multiple nuclei, is challenging. And, current methods cannot be easily scaled up to give a comprehensive snapshot of gene expression at single-cell resolution in an entire tissue or organism.

“We are now developing new single-cell genomics and epigenomic editing techniques, which may enable us to explore new frontiers of developmental biology of brain and heart cells,” Wu says.

“Armed with these new tools, we will have the ability to observe and actively manipulate the interaction between environmental inputs and the epigenome ‘on demand,’ providing fundamentally new opportunities to study the environment-epigenome interaction involved in a broad array of biological and pathological processes,” Wu says.

Wu earned his B.S. in Biological Sciences from Tsinghua University before moving to UCLA, where he earned a Ph.D. in Molecular Pharmacology for work in Yi Eve Sun’s laboratory studying epigenetic regulation of neural stem cell differentiation in mouse brains and from human pluripotent stem cells. He completed his postdoctoral training and JCC Fellowship with Yi Zhang (HHMI) and Kenneth Chien at Harvard University (now at the Karolinska Institute), where he developed and applied new genomics sequencing methods for investigating gene regulatory roles of novel DNA modifications in mammalian pluripotent stem cells and during heart development. In 2014, he won an NIH Pathway to Independence award.

“With the support of JCC fellowship, I had the freedom to gain new expertise in computational biology and to explore riskier projects during my postdoc training,” Wu says. “One of the most important things I learned during that time is to embrace challenges in life by turning them into opportunities, and JCC fellowship really enable me to do that.”