Fellows and senior scientists marched for science in New Haven 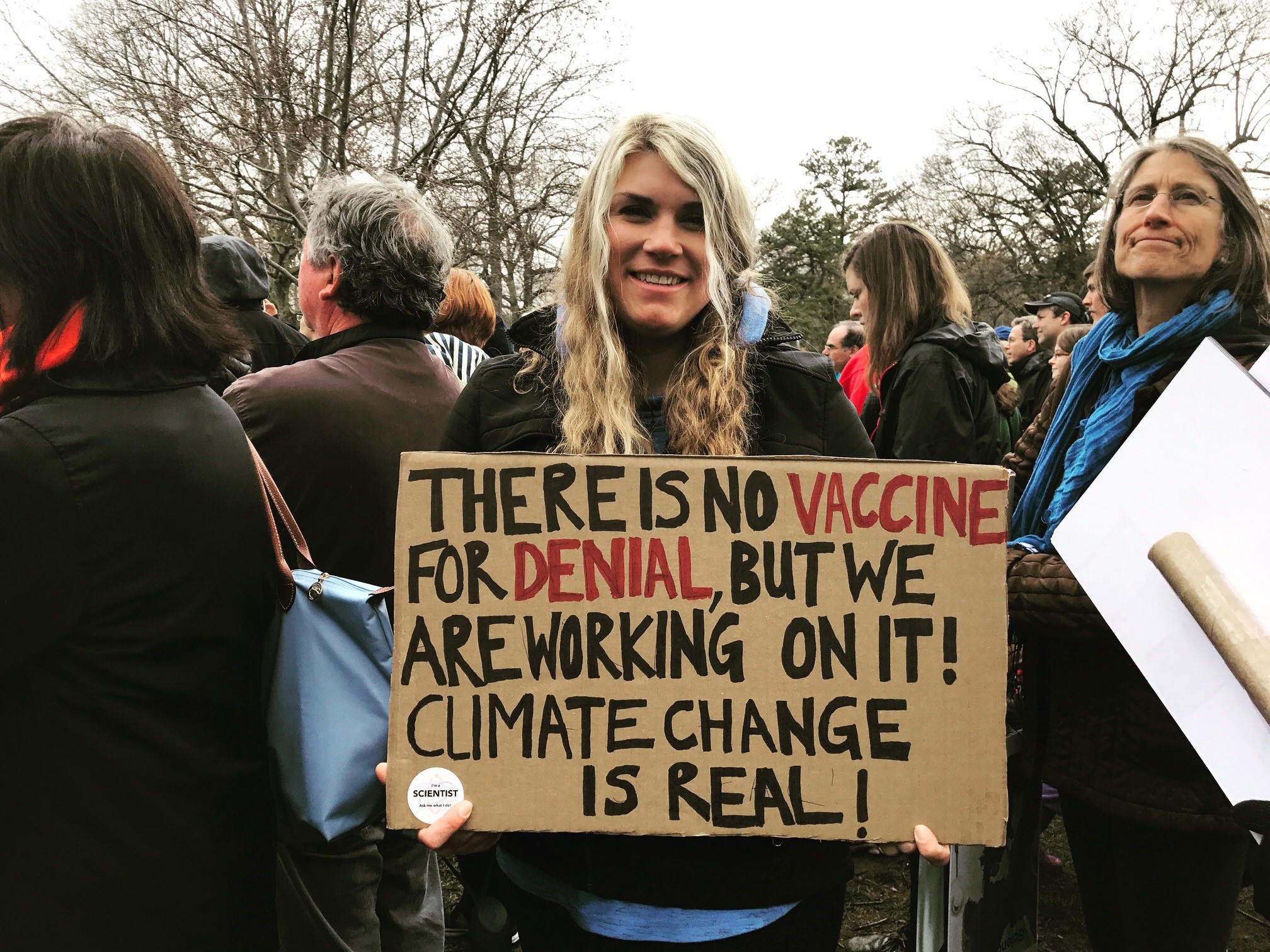 On April 22, 2017 more than one million people across the globe marched in support of science and its role in our health, food security, safety, and economies. The March for Science event coincided with the annual symposium of the Jane Coffin Childs Memorial Fund, and members of JCC community were eager to participate. A bus was arranged to shuttle researchers from the symposium to East Rock Park in New Haven to join approximately 3,000 other marchers. Steve Elledge, Li Heui Tsai, Joan and Tom Steitz, Sandra Schmid, and Catherine Dulac were among those present. Shawna Guillemette shared the photos shown here. 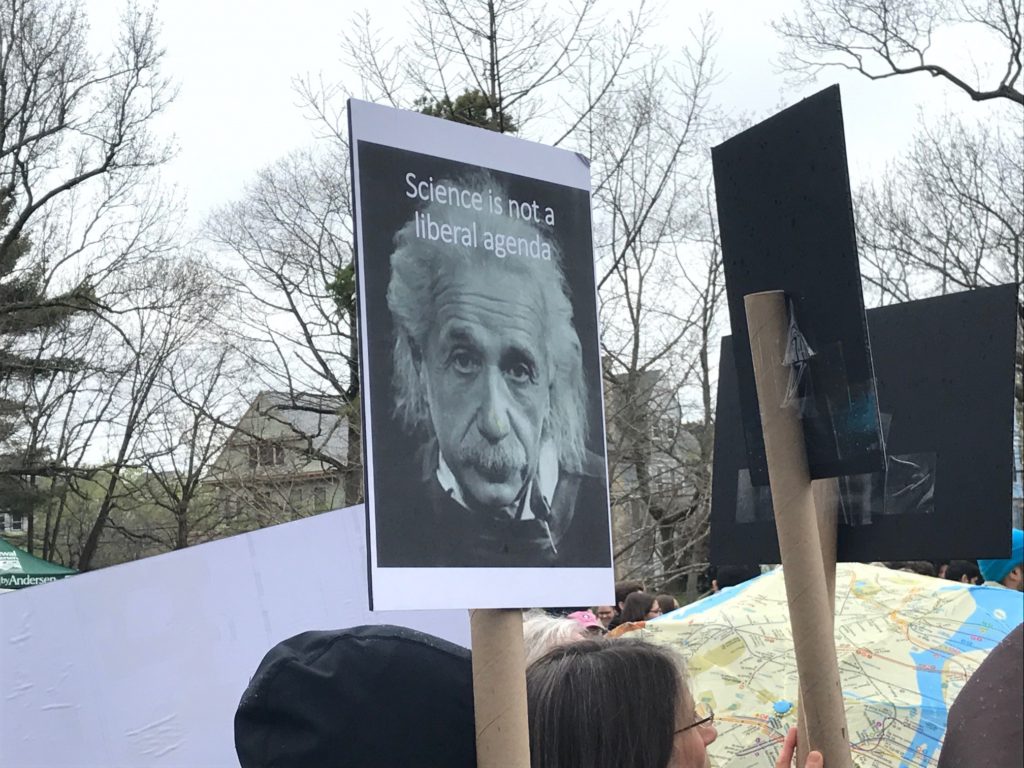 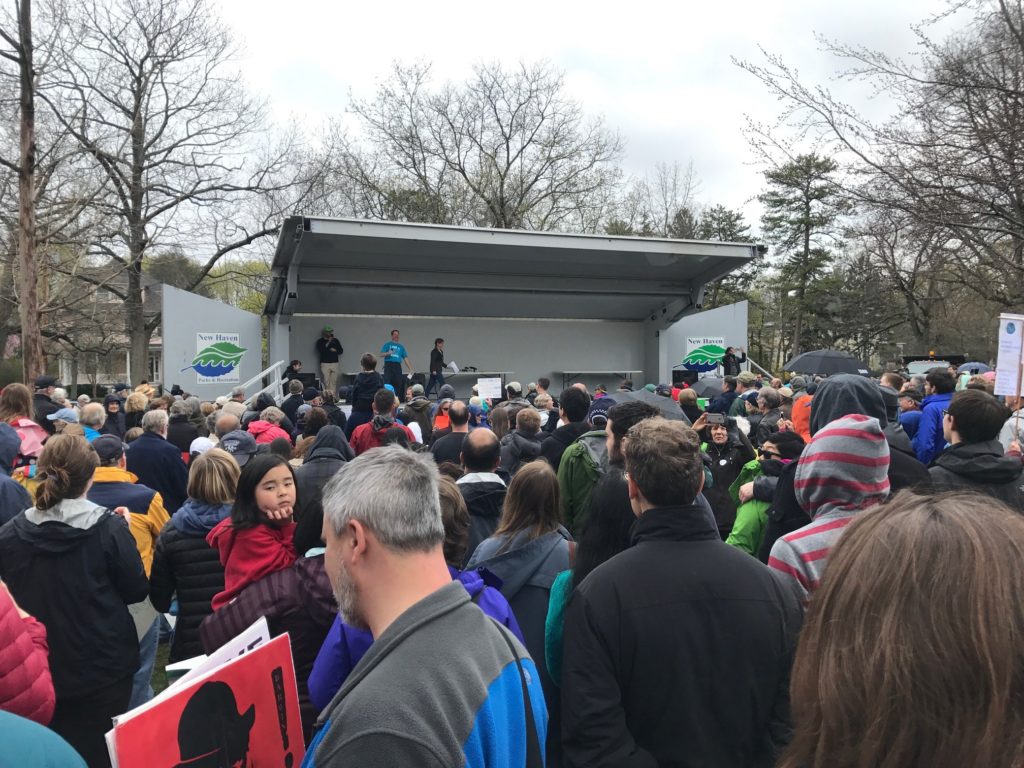 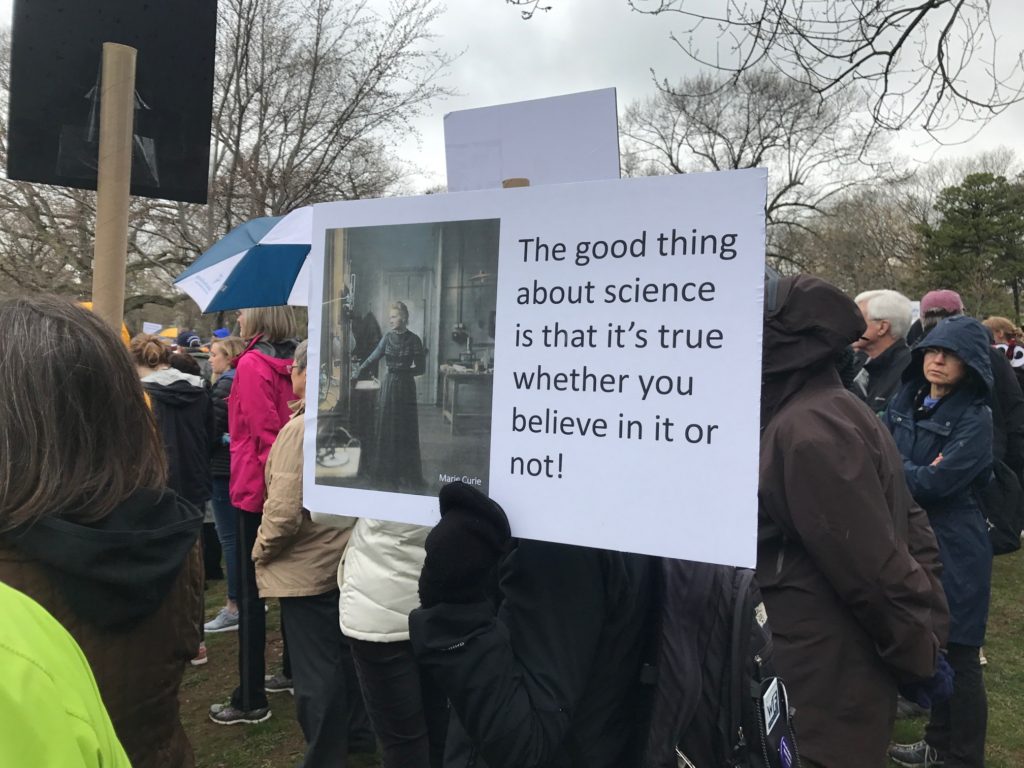 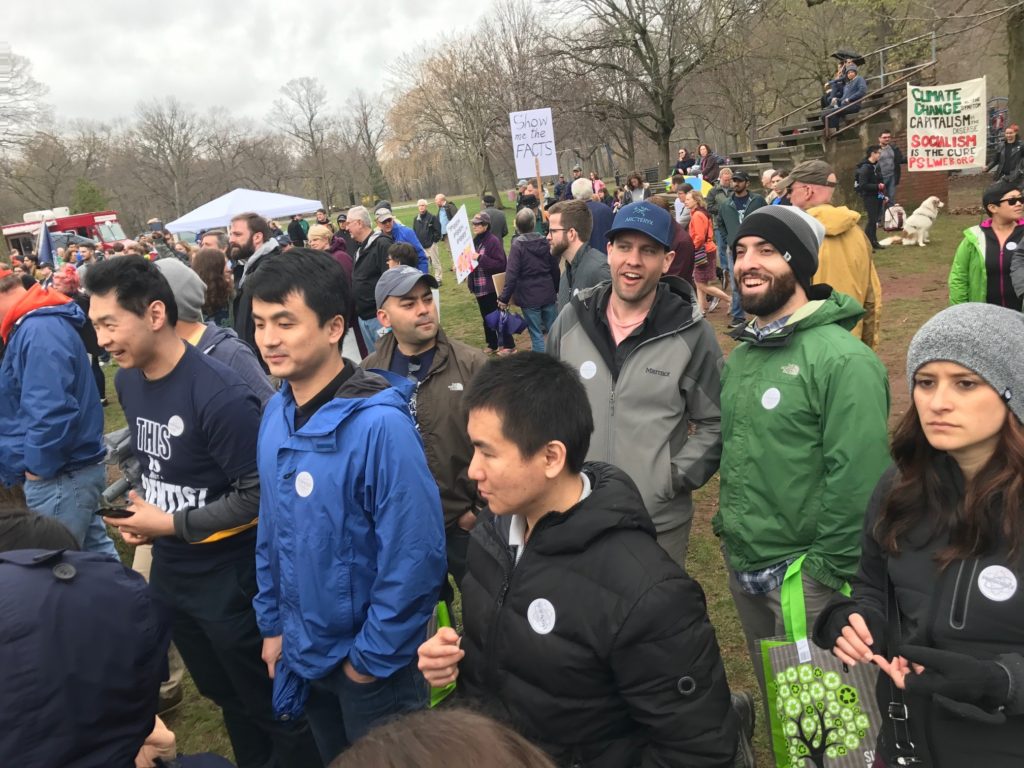 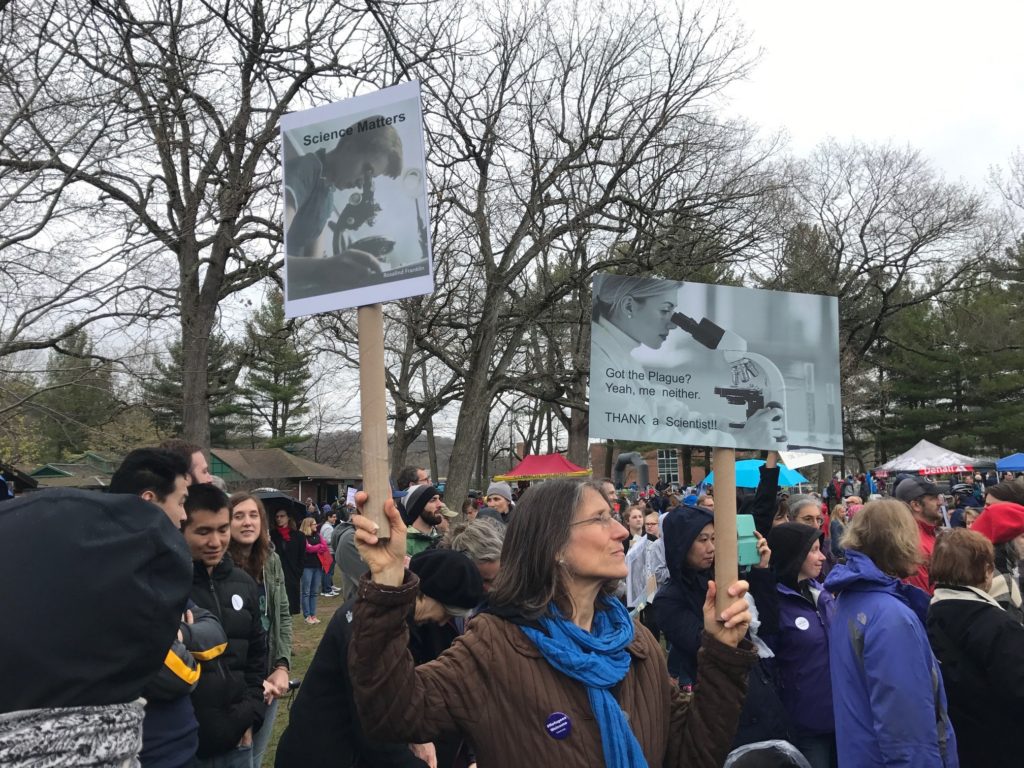 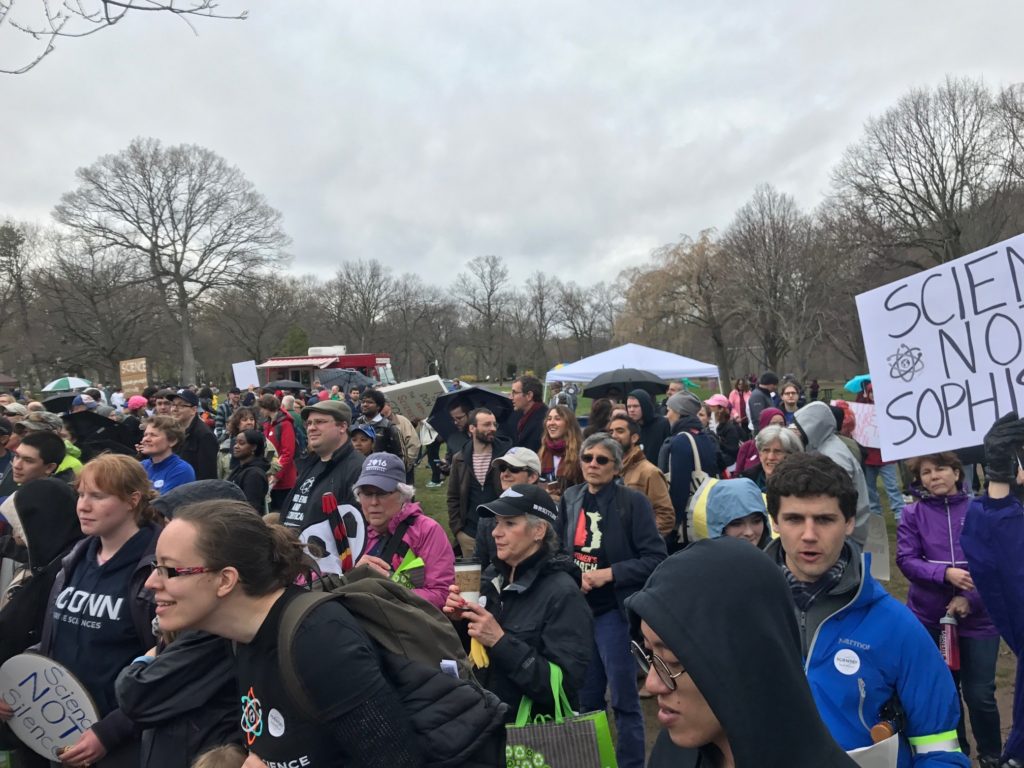