Dr. Taekjip Ha has joined the JCC Board of Scientific Advisors. Dr. Ha is a Bloomberg Distinguished Professor of Biophysics and Biophysical Chemistry, Biophysics, and Biomedical Engineering at Johns Hopkins University, and an investigator with Howard Hughes Medical Institute. Ha’s lab uses advanced single-molecule detection methods to dissect fundamental biological processes involving proteins and nucleic acids. Many awards recognize his research. Ha is a Searle Scholar, Cottrell Scholar, Alfred P. Sloan Foundation Fellow, winner of the 2011 Ho-Am Prize in Science, and the 2012 Scientist of the Year by the Korean-American Scientists and Engineers Association. He is also a member of the National Academies of Sciences and Medicine, and of the American Academy of Arts and Sciences.

Dr. Ha started his independent career at the University of Illinois Urbana Champaign. While at UIUC he cultivated a metaphor for his approach to mentoring trainees using the surrounding corn fields. As a mentor, Ha considers it his responsibility to provide the good soil, water, and sun (scientific environment) that will enable his trainees to grow. However, faster is not always better, Ha advises, as young scientists need time to grow and develop independence. Ha considers his trainees, and their career success, to be the primary output from his lab. Furthermore, the job of a scientist is the job of a writer, Ha notes. Thus, he ensures that everyone in his lab gets extensive training and feedback on writing manuscripts and grants. 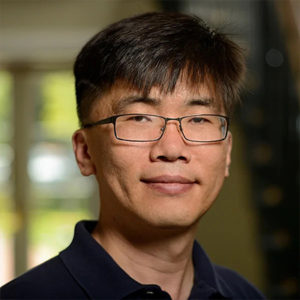 Dr. Ha advises JCC fellows to maintain broad scientific interests; read articles and attend seminars outside of your niche. Ha suggests that the most exciting scientific opportunities come at the boundaries between different fields. In fact, the Searle Scholarship had a critical impact on him as a new assistant professor. There, he learned from well-established scientists in various fields. These diverse topics were clearly explained such that even a physics professor could understand, he quips, and helped him establish his broad scientific interests.

Welcome to the JCC Board of Scientific Advisors Dr. Taekjip Ha!