2021 Nobel Laureate in Physiology and Medicine

Dr. David Julius (JCC class of 1984) won the 2021 Nobel Prize in Physiology and Medicine, along with Dr. Ardem Patapoutian. The Nobel recognizes Dr. Julius’ discovery of receptors that enable cells and organisms to sense temperature at the molecular level.

Dr. Julius received his PhD from UC Berkeley working under the mentorship of Dr. Jeremy Thorner and Dr. Randy Shekman. His PhD research focused on a prohormone-processing protease, Kex2, that mediates intercellular communication between budding yeast cells. Transitioning to his postdoctoral work, Julius wanted to examine cellular communication in the context of neuroscience. Thus, he joined the lab of Dr. Richard Axel, who was one of the few people studying neurobiology at the molecular scale at that time. There, Julius cloned and characterized the serotonin receptor.

Transitioning from yeast to neuroscience represented a substantial switch in the focus and technical aspects of Dr. Julius’ research. Receiving the JCC fellowship felt as if it validated his past research, and encouraged his future plans as he made this switch. Dr. Julius recalls the positive impact from receiving encouraging feedback from JCC reviewers. This switch in research themes led to a longer build-up phase during his postdoctoral research; Dr. Julius notes that he did not publish during his three years as a JCC Fellow. Nonetheless, he recalls JCC being very supportive of his progress, and he updated them when he published his fellowship-supported research. Dr. Julius has particularly fond memories of the JCC administration whom he calls the “heartbeat of that organization”.

In his independent lab Dr. Julius studies nociception – the process by which noxious stimulation communicates with the nervous system – with a major focus on temperature-sensing receptors. His lab has combined physiology in vertebrate systems with biochemistry and structural biology to dissect how these molecules function. 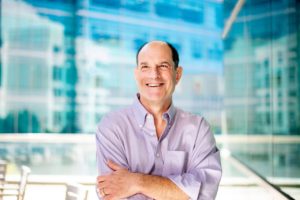 Outside of the lab, Julius has a passion for jazz music. Jazz reminds Dr. Julius that there are all kinds of creative endeavors, with science being one such creative avenue. Whether music or science, Julius believes there is inherent value in doing something creatively and with passion. He notes that all of the great Jazz musicians have their own unique musical persona and encourages young scientists to be conscious and thoughtful about their own developing scientific persona. Julius urges JCC Fellows to vigorously pursue the science that interests them with an exploratory spirit.

Dr. Julius traces part of his creativity back to Lincoln High School in Brooklyn, New York. Three previous Lincoln alumni are also Nobel laureates in science. Additionally, numerous famous artists, writers, performers, and athletes have come through Lincoln. Julius attended a charter STEM school for his first year of high school. However, Julius transferred back to his home school of Lincoln as the travel to the STEM school was too long. Julius believes he received a well-rounded education at Lincoln. Furthermore, he credits time spent exploring New York City with his friends as an additional formative educational experience.

Congratulations to Dr. Julius, his lab members, and his collaborators on this utmost recognition of their creative contributions to science!